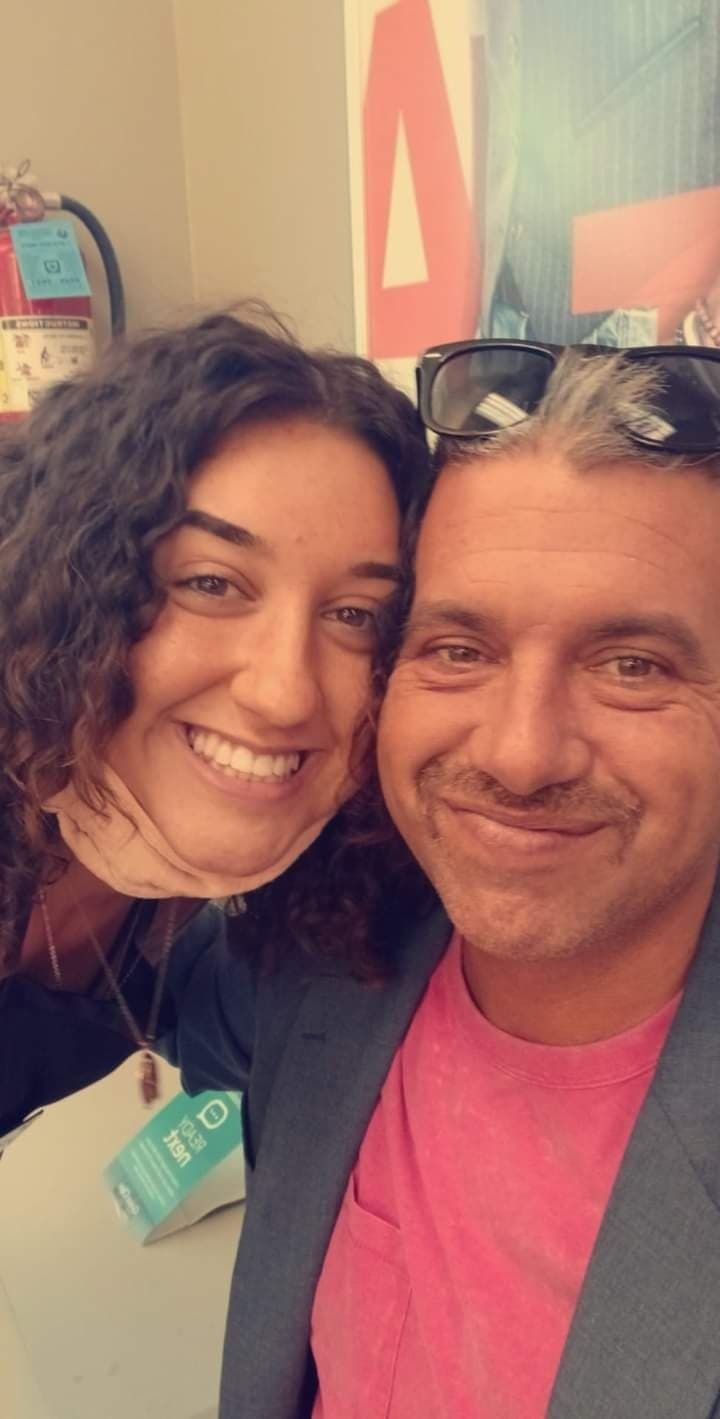 My name is Justin Currin and I’m 44 years old. I’ve been struggling with addiction since the moment I ever put a drink or drug in my body at 13 years old. I come from a good family, and neither my parents nor my sisters are addicts. Using immediately seemed to be the solution to “feeling better” from the moment I smoked weed at 13 all the way up until my last speedball shot of heroin and cocaine while homeless at 42. I just didn’t know another way to get through life and the thought of not having drugs or alcohol be part of it seemed unimaginable.

After jumping through military school and 2 other high schools for behavioral problems, I managed to graduate and had acquired a job as a car salesman at 19 years old. I had dreamed of being an actor, and wanted to be just that; however, my Dad told me he didn’t think acting school would be a good idea and more than likely a waste of time. He was in the car business, so I figured why not. I immediately got in with an older crowd of salesman who all seemed like “cool uncles” and would immediately begin the road to hard drinking and cocaine. Missing work and being reprimanded were monthly occurrences, however raw talent and sales production probably helped me keep my job. Somehow, I was even able to buy a house and keep up payments for a while. The illusion that I had the bull by the horns seemed very real to me.

I married at 22 and she drank as hard as I did. We had a daughter, a dysfunctional marriage, and 6 months after my child was born, I totaled my car and was confined to a wheelchair for 1 year. My wife left, and I spun out into an opiate addiction, lost everything and landed at my first homeless shelter in 2005. My sister worked there, which was a little awkward, being that I’d never even stopped by to see her at work and now I was living there. I got kicked out for getting high one day and moved in with another addict. Somehow, I was able to keep my using to a minimum, acquire another sales position, make enough money to get an apartment, a car and hold together enough “status” for family and friends to think I was doing well.

As it always does, the disease eventually just took over. I went into a sales meeting one morning after smoking crack all night long, wide eyed and paranoid, excused myself to the bathroom and just got in my car and left. I never went back there. I checked into a local mental hospital, stayed for 7 days, left and acquired another sales position traveling round the country. After driving all over the USA under the influence 99% of the time in a 1991 Honda with a fake temporary tag, no insurance and a revoked license I was finally pulled in 2008 and given a DUI.

By this point my mother had told me she was dying of stage 4 ovarian cancer, my daughter was 7, and I was hopeless. I went to Healing Transitions, exhausted, lost and baffled at where life had taken me. I’d gotten into some legal trouble, and the judge told me to stay and complete the program at Healing Transitions. Frustrated but defeated, I agreed in lieu of jail time. I conformed and bought into the process there and completed it 1 year later, moved out and into a recovery house and felt for the first time, a little hope. I’d been in the recovery house about 45 days and decided I was in love. I moved out and into my girlfriend’s house and life seemed grand. I was picking up guys for meetings but that was about it. I hurt my back one day in 2012, justified taking a hydrocodone for the pain, and once again would start the road to disaster once more. I’d concealed my “pill problem” from my girlfriend until I couldn’t anymore. I quit cold turkey with her supervision, and we would marry in 2014. By 2015 I had been on methadone 2 years, was 70 lbs overweight and unemployed.

I would check in to the detox at Healing Transitions after being gone from there for 5 years, get clean all the way and started a job as a manager at a restaurant. It went out of business in 9 months, my sponsor had relapsed and I figured I may as well do the same. My wife moved out after my 6th rehab visit in 2018, and I found myself alone in a 4 bedroom house with no accountability, not that having my family there kept me from using, but now I could really use like I wanted to with nobody in my way. Because at the end of the day, they were just preventing me from going as hard as I’d liked to. I immediately found new connections and began shooting heroin, cocaine and crystal meth at 39 years old. I lost 100 lbs. in 6 months, gotten 7 of my front teeth knocked out in a drug deal gone bad, and had become unrecognizable even to myself at this point. On Christmas day 2019 I was arrested. At this point the only person that remotely would talk to me outside of drug dealers was my daughter, who seemingly just would not give up on me. I was released but refused to stop using. I was arrested again in January, this time for serious charges of drug possession and larceny, lost my 2nd house, all my personal belongings and went back to jail and suffered withdrawal like I’d never known. My daughter sold all my personal property I had left at my house and bonded me out. I went back to Healing Transitions, completed the short term program for Alumni they have there and moved out again. I was 42 years old back in the same place I’d been repeatedly; starting over. After failing to join a homegroup, and attempting to make things right with my ex wife rather than work steps, I ended up using again and was arrested quickly and back in jail again. This time the threat of prison was real, and I was in more hot water than even I could handle. I was released to UNC Wakebrooke after the judge let me sign myself out to go to treatment, amazingly.

I completely surrendered at this point. I got on my knees and prayed my last day of treatment because even though I knew it would mean certain doom, all I wanted to do was get high. God answered. Something shifted inside of me. I made a phone call to someone in the program and was picked up and taken to an Oxford House. Something was different inside of me. I was praying every morning and just simply asking for help not to get high. I dove in, and immediately asked for a service position at the house and began coordinating chores. I joined a homegroup that met twice a week, and voluntarily enrolled in IOP classes just to have something to do in my downtime.  I wasn’t working yet and just wanted to stay busy. I attended 250 meetings in 90 days, had gotten a sponsor and was meeting with him weekly to do step work. Before I knew it, 6 months had flown by and I was happy and excited about life. For the first time in my life my thoughts seemed to be on how to better my life instead of being worried about destroying it again. Right when I’d just about given up hope on finding a job, someone at my homegroup offered me a job running an auto repair shop here in Raleigh. Someone decided they would rent a house to me. My daughter moved back in with me at 20 years old so she could go to nursing school and save money. I have been clean and sober over a year now, and truly have been delivered from the depths of hell and trust everyday that if I make an effort to live right and ask for help, everything is going to continue to work out. The judge dismissed 12 of my 20 charges and put me on probation for the rest, keeping me out of prison. I go to 5 meetings a week, sponsor 3 men, make a gratitude list everyday and run a recovery humor meme page. Once I became willing to do a little, God did a whole lot.